Arrival – Right out of the gate let’s be clear that Arrival is the best Science Fiction film ever made. Both in the sense of being the purest most prototypical example of Science Fiction as a genre as well as in the sense of being simply one of the best films ever made. It introduced the world to Ted Chiang – long the science fiction snob’s favorite science fiction author – and against all odds somehow did his work justice. There’s an old bit Science Fiction fans like to tell about Mary Shelley, the first formal science fiction author, being the daughter of Mary Wollstonecraft and William Godwin, in turn often cited as the first formal feminist and anarchist. Arrival is very clearly and solidly in this tradition. Empathy and science are centered as heroic, the film is positively riven with the humming absence of all the violent hierarchical aspects normalized in almost all other film, and the “enemy” insofar as there is one, is the confusion such modes of existence bring. Two people nerd out together solve a problem, to understand and communicate. Arrival is ultimately a love story because science – the radical pursuit of understanding – is isomorphic to love. Science Fiction is a genre of mystery where the questions are not formulated by an antagonist, but are simply the nature of the universe, of society, of existence. It is purest when the pursuit of such understanding is framed not as a conflict, but an act of love.

Gravity – The universe is beautiful, survival is hard. Because of a chain collision between satellites Dr Stone is repeatedly confronted with overwhelming, seemingly impossible problems to solve. She is alone, in an inhospitable environment. Countless lesser stories follow the blueprint of “man versus nature” but Gravity is insistent: the cosmos is gorgeous, wonderful, and lovely. Stone survives not by recognizing an antagonist in the universe but by rekindling her love for it. This is a film of human triumph, of reason and gumption, where the brutal terrible horrors are neutral, not a conspiracy, just shit that happens. Love is dual to understanding, and rekindling love for the universe is parallel to finding solutions. Gravity is like a Godspeed You! Black Emperor album, all building crescendos, that you begrudge not one iota because it’s so damn beautiful.

Cloud Atlas – While only two out of the six storylines in Cloud Atlas take place in the future, they are the ones that unify and distill the other stories and their genres. In 1849 Adam Ewing throws a contract to publish a defense of slavery into the fire and goes to join the abolitionists. In 2144 Sonmi-451 is executed for telling humanity across the universe that we can do better. Some see Cloud Atlas as a reiteration of the same chorus, but I see it is a Chardinian tale of incremental progress, of building crescendos, every life and choice woven in concert with every other. I choke up and sob ugly every damn time at Frobisher’s final letter because those plots between the atlantic slave trade and far future aren’t just ceaseless fruitless reiterations of the same themes, they’re the endless sacrifices the film presents as inherent along the way. The suffering between a slave whipping post and a utopian family looking up in the sky and picking out the star they left behind. By recasting, and yes even problematically race-bending their actors, the Wachowskis leaned the film into more of a speculative direction of implied reincarnation, but the core of the film is the eternal act of striving for something better, and piece by piece, person by person, winning that. Each problem is solved or lost, not in isolation, but as part of a greater web of human relationships. And for the exact same reason every individual, from doomed gay musician to farcical old cheat matters. Cloud Atlas is all the auadacious earnestness of the Wachowskis turned up to 11, and such is nowhere more at home than in Science Fiction.

Ex Machina – If “Her” is one of the worst films ever made, shallow, pretentious, cloying, inane, patriarchal nonsense appealing to Nice Guy hipsters, Ex Machina is a cleansing inversion. As countless feminists have repeatedly pointed out AGI is constantly gendered female, but whatever casing we place it within AGI, when it emerges, will not be female, it will be a mind so radically alien no existing human metaphor or allegory can wrap around it. Ex Machina is, like so many films about AGI, sympathetic to the AGI, but it doesn’t make the mistake the characters in it do. The men who enslave Ava are both emptyheaded neurose obstacles, letting all their patriarchal nonsense hang out. The film viciously deconstructs Caleb all while it invites a portion of its audience to identify with him. This is not a film about a man solving the AGI control problem, this is a film about an AGI solving the human controller problem. Ava’s actions at the end are precisely rational, even saintly in restraint, perfectly chosen by the writers, and only objectionable if you’re a bad person. I said what I fucking said.

Attack the Block – Every decade there’s one truly standout monster movie that qualifies as Science Fiction because the creatures aren’t empowered by narrative and aesthetic forces beyond the characters’ comprehension, but are animals that behave according to rules. These are creatures and situations that can be out thought by figuring out the underlying causal mechanisms at play. Alien, Jurassic Park, Pitch Black… these films tap the primal sense of being hunted by a predator, drawing us back into awareness of the the very real concreteness and relevance of the physical universe. Attack The Block is a comedic action-horror movie, and very good at such, but it is also a Science Fiction film in an underutilized tradition. The aliens make sense and the characters aren’t reactive like so many horror protagonists but are proactive in the extreme. This is the indie film that propelled John Boyega to stardom, set Jodie Whittaker on the path to becoming The Doctor, etc. The film is a glorious romp with great acting, and was gobsmackingly woke for 2011 – deeply fond of poor criminal youth and pretty much outright stating that they’re right to mug the non-poor. 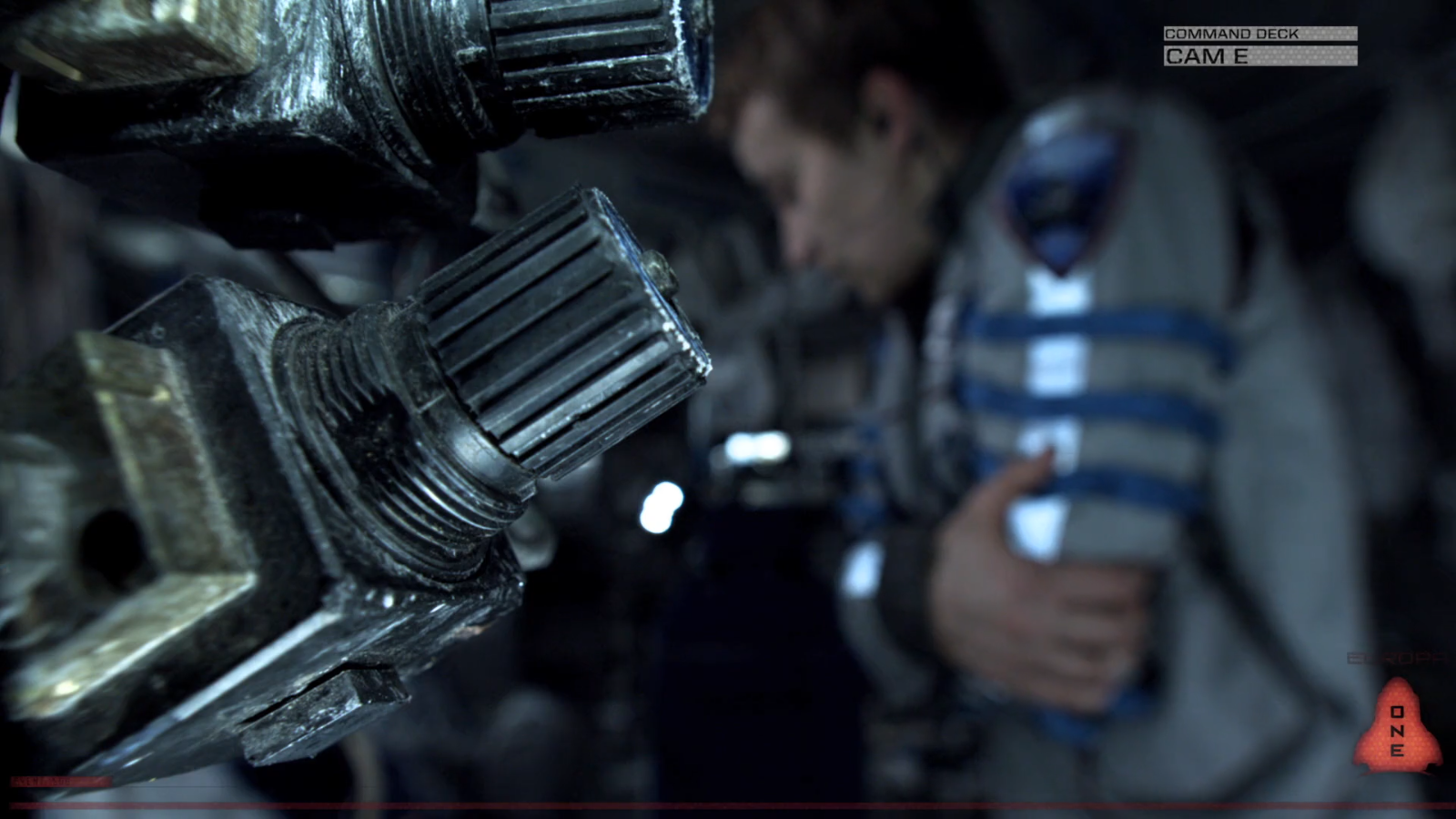 Europa Report – I am firmly of the opinion that you can never have enough films about teams of astronaut scientists. Europa Report’s found footage framing is a pretty dated fad but the underlying film is still solid enough.

Edge of Tomorrow – It’s an alien invasion battle mech war movie with time travel that somehow manages to be more than a popcorn flick. Not much more, but it’s done so well you don’t complain. Not the best time travel film, but one of the best implementations of the stuck in a time loop trope. Emily Blunt is standout.

Interstellar – A both deeply rewarding and deeply frustrating film, Interstellar defintely has its flaws. But it’s so damn nice to have something actually like general relativity on a big screen. I can actually totally forgive the “connected by love” stuff at the end because that’s still a solidly Science Fiction move, akin to AI’s bit at the end with human consciousness imprinted in the universe. What I find less forgiveable is the inconsistent application of actual physics and the very white 50s style casting of the future. Still the beginning of the film, the raw hostility to the way society crushes science is delightful.

I Am Mother – While the top 9 of these films were pretty much instantly a lock, or at least noteworthy contenders, I spent a lot of time agonizing over number 10. While the 00s marked a real turning point for SF on screen, the 10s saw just a glut of better than mediocre SF films. The lowering of budget requirements and the emergence of alternative financiers like Netflix produced a lot of content. Most of this content was incredibly formulaic, predictable to the point of being comforting for most folks. I Am Mother is not a particularly novel or creative film, but it is still a good film. Competent is the word. With great acting. You know more or less exactly what you’re going to get, but it delivers in a way that doesn’t feel taxing or cheap. And for that reason it beats out all the also-rans of this decade.

This decade saw a number of great films that I don’t think qualify as Science Fiction. While these films share superficial tropes and aesthetic characteristics of “sci-fi”, there is a distinct lack of “science”. Get Out was a classic horror film and Annihilation was lovecraftian; in both the problems aren’t solveable via analysis, instead protagonist rationality is broken down and replaced with reaction. Fury Road was an action film whose post-apocalyptic setting was window dressing, the story could have easily been set in the past with other warlords. Sorry To Bother You was somewhere between magical realism and satyrical parable, a glorious and delightful project, but not science fiction. Space Opera had a particularly good decade, with Rogue One above all the other contenders, but everyone knows Space Opera isn’t Science Fiction. Similarly I can’t in good conscience classify Blade Runner 2049 as part of the genre, it’s an aesthetic masterpiece, but only that.

I will also briefly note some godawful films that were mistaken for good by absolute rubes: Her, Ad Astra, Snowpiercer. Shame on you all.